Simona Merkinaite / What 1989 can (and cannot) teach us 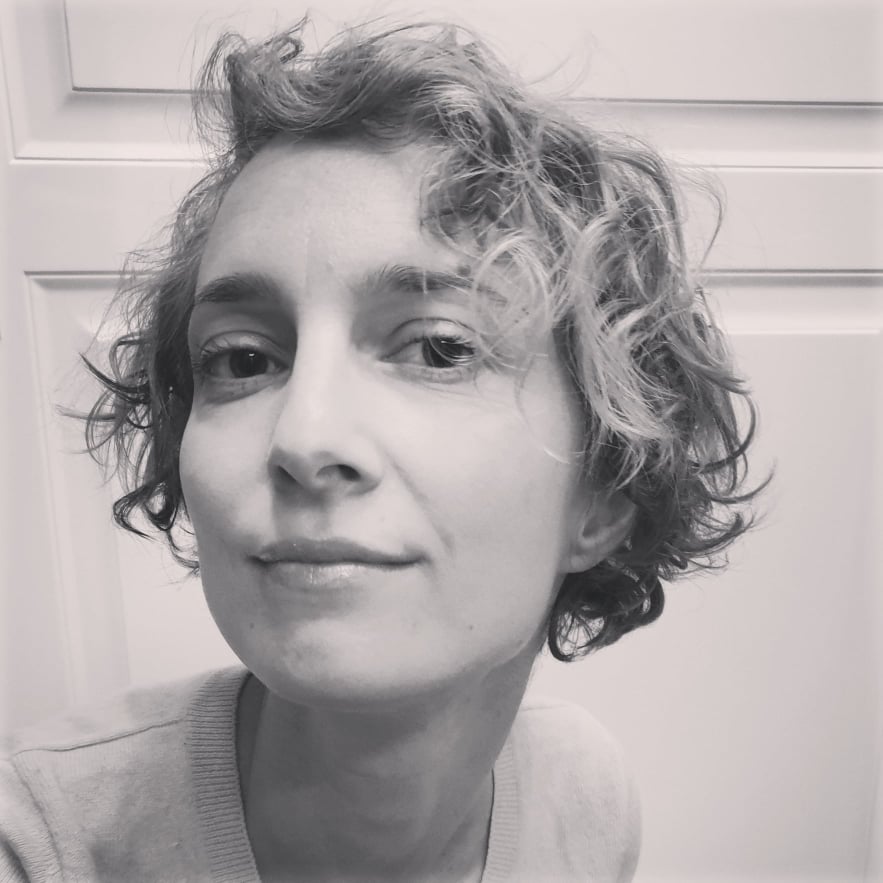 When viewed as the breaking point of conformity, 1989 contains multiple and legitimate meanings. This is the main conclusion that can be made from all the different perspectives gathered throughout our project. Talking about 1989 in a meaningful way, especially about the role of the citizen, it is crucial we resist the temptation to search for a common cause of the revolutions.

In 2020 a research project dedicated to understanding the meaning of 1989 conducted a series of talks with intellectuals and scholars in Germany, Hungary, Latvia, Lithuania, Poland and Romania. It collected witness testimony of these events as well as interviewing the post-1989 generation in order to understand their relationship to the history of the transformation. This essay is based on the outcomes of these discussions, focusing primarily on the role and meaning of citizen actions.

“The was an idealisation of the West, as a land of prosperity and stability, rather than a direct longing for an alternative, democratic regime”

The current turmoil of democracy provokes somewhat nostalgic and idealistic recollections of 1989. It is often made into a sort of teleological narrative. Broadly speaking, 1989 represents a break-away of the entire region of Europe from political oppression and a leap towards democracy. On the other side of this spectrum is the meaning of 1989 as the promise of western standards of living that tipped a resistance movement of intellectuals and dissidents towards a mass protest movement. The later argument reduces the meaning of political action to economic and social motives. In turn, it serves as an at hand explanation of the democratic backsliding, as the democratic practices and institutional/constitutional erosion becomes secondary to the economic/social needs.

“If we look at intellectuals, for whom it was important to be heard politically, to engage in the political process, for them the build up to transition and the transition was connected to the values of democracy. I think also environmental groups belong to this group, because they were united in their urge to be heard politically. Generally, the workers, people working in the countryside, even now say that they did not ‘miss’ those intellectual freedoms, because that was not their way of life to begin with. For them the agreement with the Kadar regime [in Hungary] was significant, the sacrifice of personal determination and freedoms for exchange of assurance and consistence of minimum social benefits”

Daniel Oross, research fellow at the Centre for Social Sciences Institute for Political Science of the Hungarian Academy of Sciences Centre of Excellence.

It can be argued that the person who strived for civil liberties and the person who wanted better jeans are not necessarily two different people. What is common to both of them is self-determination, which comes in plural and diverse forms. Thus, 1989 can be viewed as a resistance to endless intervention of politics into the lives of citizens, when governments decide how one can get married, what songs to sing, or how much flour or sugar one can receive. Unsurprisingly the recent protests in Poland, for example, again reached the scale of 1989, when the ruling Law and Justice party attempted to change the abortion law, virtually subjecting a personal decision on reproductive health to total control of the state.

Revolt against a falsified reality

In the post-war world, the establishment of the United Nations and later the European Community were attempts to re-imagine international politics, rooted in shared principles, responsibility and common action. The revolts of the peoples in Central and Eastern Europe, from 1956 to 1968 to 1989, represent the moments of disruption by the people against all odds. Mixed with the post-modern political tradition, which sought to undermine any stable or final markers of reality, the idea that everything is possible and recreated through the innovation of language, symbols and rituals was being embraced. Intellectually, it was believed to be a path to avoid the blinding effect of ideologies that monopolise the idea of truth and reality.

On the other side of the Iron Curtain, the intellectual tradition moved in a radically different direction, unified in an effort to keep a grip on reality against the endless assault by ideology and continuous distortions of reality. In addition to direct criticism of the Soviet regime, dissident writers articulated the loneliness of dissonance, the effects of untruth on daily life, and highlighted the gap between the lived experiences and official speech and rituals.

1989 symbolises the limits of attempting to endlessly reshape and remake society and reattributing the meaning to prosperity, which in reality meant deficiency when a lack of choice meant freedom, military invasion. In 1989, the reality of lived experiences prevailed over ideology and fiction.

Seen in this light, the year 2020 became a point of “1989 reoccurrence”, through a new wave of mass revolts against political fictions. The outrage of people in Belarus was sparked by the outrageous lies about the free democratic election and the blunt attempts to conceal the almost universal support for Alyaksandr Lukashenka. The commonality between the workers, students, women, and pensioners’ protests is the shared feeling of enough of living a double life – the private life of isolation, repression and shortage versus the performative public life of happiness, freedom and community.

“The reassurance of politics by mass support was the key to such a regime as Stalin’s regime of terror. And yet, despite being always at the centre of politics, people lived in constant change, constant race from ‘darkness to light’, without changing a thing. The same now is happening in Belarus, where the voting, the procedure itself, does not move or changes things”

Anti-utopian and anti-ideological nature of revolutions

When viewed as the breaking point of conformity with all the lies, 1989 contains multiple and legitimate meanings. This is the main conclusion that can be made from all the different perspectives gathered throughout the project. Talking about 1989 in a meaningful way, especially about the role of citizen’s actions, it is crucial we resist the temptation to search for a common cause of the revolutions. Viewed in a diverse and plural way, 1989 emerges as an anti-ideological and self-limiting revolution where the resistance to the simulated reality came in the form of self-determination.

Writing in 1978, a decade after the Prague Spring and over a decade prior to the fall of the Soviet empire, Václav Havel in The Power of the Powerless noted that no one believed the socialist fairytales, rather it was the dull repetition of conformity through mundane acts as hanging a socialist slogan poster in the shop every single day that sustained the illusion of the regime order. A resistance that is un-ideological came in many forms of civil engagement and disobedience. The self-organisation into a human chain across all three Baltic states, the gathering at the reburial of Imre Nagy on the anniversary of his execution in Budapest, or the series of peaceful gatherings in Prague on the anniversary of Jan Palach’s death, all took place in 1989; they are examples of non-violent civil disobedience and solidarity.

Politically organised lies affected different groups – the workers, the scientists and academics.  They also affected people in their everyday life. Subsequently, resistance acquired plurality of form: ecology groups, workers’ unions, women’s rights groups, intellectuals, etc. The resistance grew on a massive scale precisely because it did not require conformity to an overarching vision of the future and did not have an ideological rationalisation.  1989 presents a case of political plurality and action over ideological monism – it roots political action outside the ideological consensus. As such it also does not make democratic or liberal future inevitable.

“In the 1980s in Poland, if you asked people why they are engaged in civil movements – they would not answer that they are fighting for liberal democracy. I personally do not recall any debates about liberal democracy as a model … It was pluralism, that was a remedy against ideology in the 80s and the real power of the democratic movements in 80-81 and then 1989, the intrinsic belief in pluralism; but, as it turns out, it is not an easy lesson to learn. I would say that pluralism is the challenge of our time – it is hard to imagine the West without pluralism.”

What unites 1989 across different countries is the snowball effect of such acts of civil disobedience. The resistance first and foremost took the form of authentic and genuine action, against irresponsibility, unaccountability and corruption. The origins of mass and diverse disobedience came in the form of reclaiming responsibility for one’s own surroundings, which sparked the self-organisation of ecologists, workers, farmers’ groups through underground publications and the establishment of local committees and groups, like the ones helping political prisoners and detained after the workers strikes.

“Solidarity, even during the period of martial law, remained diversified. In 1989, Solidarity, the largest social movement in the history of Poland, was allowed to thrive via the citizens’ committees … It was the Solidarity-fostered sense of the sovereign presence in Wrocław that led to the ultimate openness of the complex and multicultural past of the city. For when you really feel at home, when you feel the true sense of ownership, the past, no matter if it is your past or the past of the place, will never prevail in taking that feeling or ownership away from you.”

“The memory of the Baltic way in 1989 and the tragic events of January 13th 1991 in Lithuania have shifted dramatically. Let’s say 20, 15 years ago, the Baltic way, originally held on the anniversary of the Molotov-Ribbentrop pact, signified an event of mourning and loss. In the past 10 years and today we see that these events are transformed into positive events, they are an integral part of the narrative of freedom and this change signifies the increased capacity for self-determination.”

Professor Alvydas Nikžentaitis, director of the Lithuanian Institute of History and president of Lithuanian National Historians.

While history can hardly be a good teacher, it does offer some valuable insights. Today, the way out of disintegration we are experiencing may lie in our readiness and ability to refocus on political actions beyond ideological labels and the oversimplified right/left divide. Ideological polarisation facilitates the dehumanisation of the “other side”, prevents democratic societies from engaging in meaningful dialogue, reducing self-determination to pre-formulated judgements.

Locked in the ideology wars, citizens with strong convictions are willing to overlook assaults on democratic institutions or the rule of law, as long as their ideological agenda advances in the process. In addition, the history of civil action and disobedience – of 1989, 2013 in Ukraine or 2020 in Belarus – suggests that more focus needs to be diverted towards the dynamics between the personal experiences and political visions. Different myths aim to change our everyday lives, but their effects on us may become a point of resistance.

Simona Merkinaite is a Rethinking Europe progamme expert with the Open Lithuania Foundation and is doing a PhD focusing on Hannah Arendt at Vilnius University.

*Orinally published in Issue 1-2 of New Eastern Europe at https://neweasterneurope.eu/in-the-magazine/