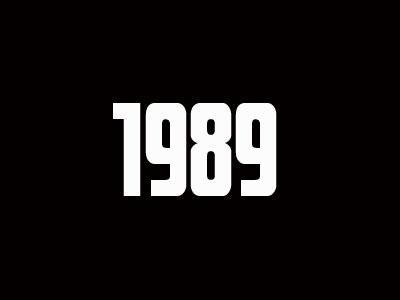 Following 30 years since the popular uprising in 1989 that eventually led to reunification of Europe, we are facing a new crisis: freedom, self-rule, unified Europe – the ideas that mobilized the democratic revolutions are in peril. In this political climate, 1989 is becoming both – an inspiration as well as a point of division. 1989 symbolizes the struggle for freedom and self-rule all around the world: from the 2014 Maidan Revolution in Ukrainian to 2019 civil protests in Hong Kong. In the region, the memory of 1989 is becoming increasingly political, with the symbols of Velvet Revolution employed in protests in Czech Republic, Poland, Hungary, Romania and Slovakia as a sign of recommitment to the ideals of 1989. At the same time, there is increasing sense of dissatisfaction with the promises of freedom, self-rule and justice, that activated and solidarized people around 1989. Diverse meaning placed in 1989 symbolizes the collision between different visions of political future. The event “The future of Europe: why 1989 matters today?” is aimed at reconceptualizing 1989 and will focus on the meaning of 1989 for today and invites to ask, if the promises of the 1989 were realized, do we need to rebound ourselves by this promise? And how to stand up for the ideas and memory of 1989 in new, 21st century Europe?

By Prof. James Mark and Tobias Rupprecht, the University of Exeter, UK, co-authors of the book “1989: A Global History of Eastern Europe” (Cambridge University Press, 2019)

1989 as the promise of the future: was it realized?

By Adam Reichardt, the Editor-in-Chief of New Eastern Europe

The event is organized by Open Lithuania Foundation as part of the project “Rethinking the Democratic Future: Lessons from the 20th Century” in partnership with Res Publica Foundation and Jan Nowak-Jezioranski College of Eastern Europe and with the financial support through Europe for Citizens Program. The key aim of this project is to commemorate the legacy of the democratic revolutions in Central and Eastern Europe, by re-evaluating various forms of active citizenship, reflecting critically of their relevance to contemporary Europe, reimagining the forms for a meaningful political involvement in the digital age.