Transition in Lithuania: rethinking the narrative at Nyla podcast 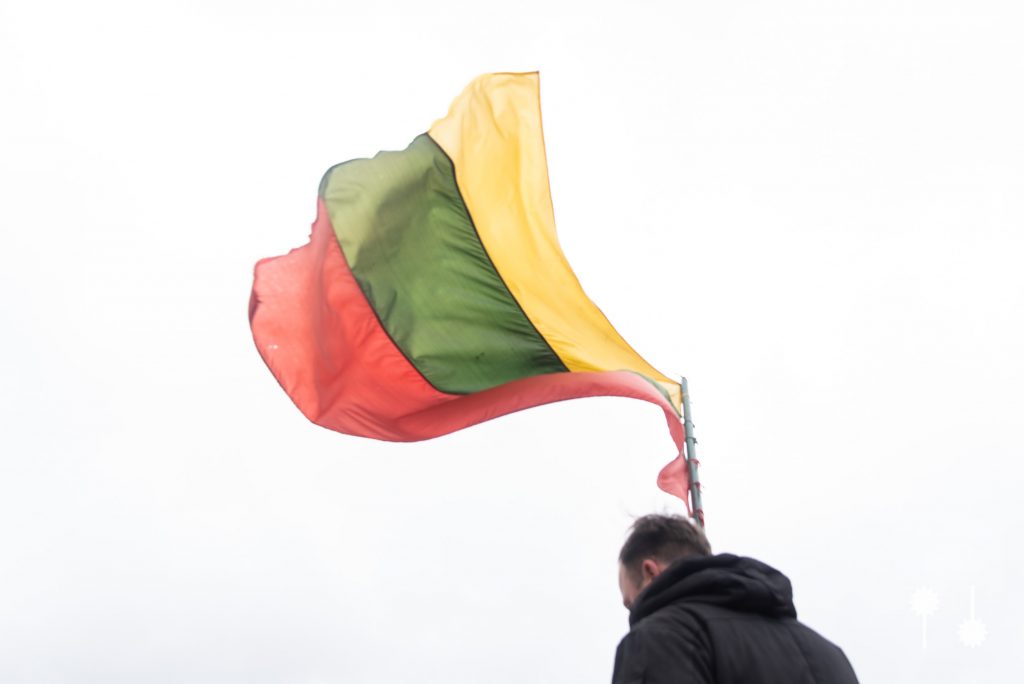 On the March 11, hundreds of Lithuanians went to the streets to celebrate the 30th anniversary of regaining the country’s independence. 4 days after, the nationwide quarantine was announced. Discussions about history were put on hold. People focused on the present, the future became uncertain.

Open Lithuania Foundation teamed up with Nanook Multimedia, a non-profit Lithuanian journalists’ collective, to put people’s minds back on the country’s history, for at least 48 minutes – the duration of Nyla (the weekly podcast that Nanook produces) documentary the collective produced.

Titled “90-ųjų tranzicija. Kaip praplėsti pasakojimą?” (“The 90s Transition: How to Expand the Narrative?”), the episode includes audio interviews and behind the scenes photographs of three people dealing with the transition memory in different ways.

Božena Miežonis, Lithuanian-Polish citizen told the story of her parents who lost their engineering jobs right after Lithuania gained independence. She believes that her parents were fired because of their nationality, just like other Russian and Polish speaking people. Without any other source of income, they became salespeople at Gariūnai, the biggest market at Lithuania, at the outskirts of Vilnius. Božena remembers that time being “wild” and “unlawful”, where salespeople were threatened with guns by local crime groups. “There were former conductors, other engineers, all kinds of people who lost their jobs – and all of them were non-Lithuanians”, she remembers.

“Do they teach about this side of the transition in schools?”, the journalist asked. “I don’t think so”, she said. Božena says that now both her and her parents are happy to live in independent Lithuania but she thinks that our understanding of the transition time could be more diverse. Now it lacks the perspective of Lithuanian ethnic minorities and of those people whose lives got worse after the independence.

Other subjects of the podcast were Algis Bitautas, history teacher at a high school in Vilnius and Asta Ranonytė, a former history teacher who is researching of how transition period is reflected in history books for Lithuanian primary, basic and high schools.

Asta Ranonytė said that in schools usually you get a “safe” version of Lithuania’s transition history without much complexity. But she added that history teachers have enough freedom to include different perspectives if they want to.

Algis Bitautas proved that this can be a case. In his transition history lessons he talks about 6 politicians who didn’t vote for Lithuanian independence and notices that all of them were Lithuanian-Poles. But he says he is careful not to portray all Lithuanian-Poles as being against the independence. He himself researched these politicians biographies and found some answers of why they did what they did. “I don’t want to blame them, I want to understand” he said.

“The current narrative of Lithuania’s transition from the soviet world to the democratic world is presented as a success story because it is one. In 2004 Lithuania joined the EU and made a notable progress in development of human rights and economy. Expanding the narrative and showing the people who thought differently or suffered during the transition time doesn’t neglect the importance of the independence – it shows that difficult time in more realistic and humane way. That’s what we were aiming to do with this podcast episode”, – says Nyla host and producer Karolis Vyšniauskas.

Hear the episode and see the photos following this link: nanook.lt