Rosita Garškaitė / Integration of Muslims in Lithuania and Europe 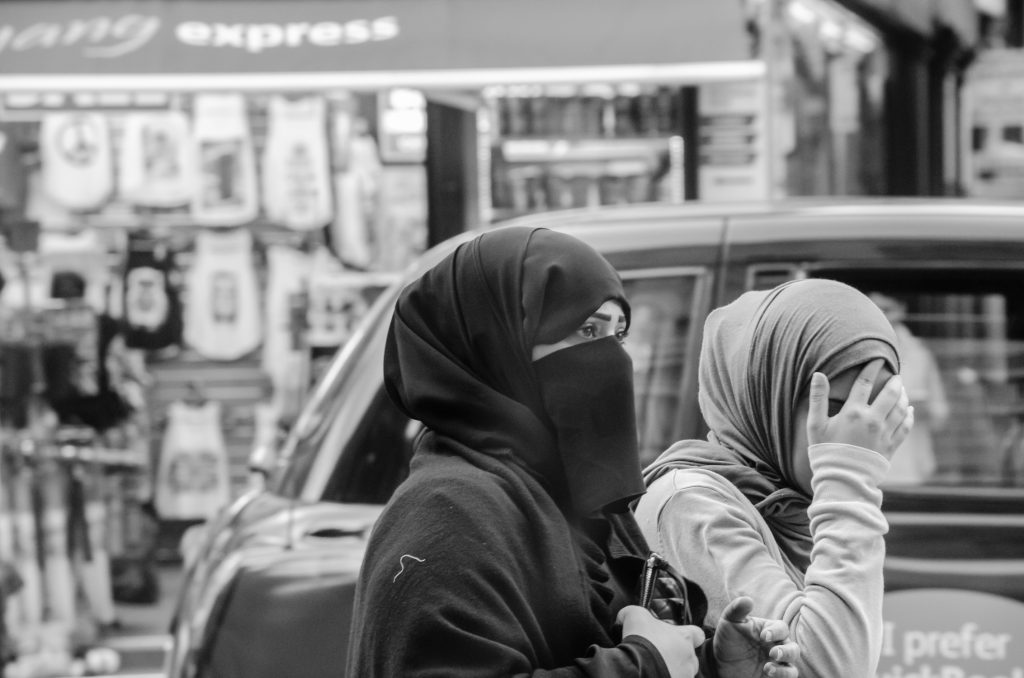 The community of Muslims in Lithuania is not numerous: believers of Islam make up only 0.1 percent of the population. In Europe, however, the number of Muslims has already reached 4.9%. According to the forecasts of the Pew Research Center in the US, even in the absence of migration, it will grow by about three percent, or it will increase three times if the number of immigrants grows.

In Lithuania, there is little chance that the Muslim community will grow. The Tartar population is decreasing, immigration is low, and Lithuanians who convert to Islam tend to emigrate. Such a standpoint was expressed by Egdūnas Račius, Professor at Vytautas Magnus University, in a discussion organized by the Open Lithuania Foundation “Muslims in Lithuania and Europe: What do we (not) know and what do we (not) fear?” This year, his book Muslims in Eastern Europe was published by Edinburgh University, where he overviews the past and present of Muslims in 21 countries.

Will the number of Muslims grow in Lithuania?

In 2001, when he was writing his first research paper on Islam, Prof. Egdūnas Račius presumed that the Muslims were already at the door. However, now it can be seen that their number in Lithuania is decreasing, and Lithuanians who convert to Islam also leave the country. It is hardly likely that the number of Muslims will increase in Lithuania in the near future.

In the last decade, the number of Muslims in Lithuania has fallen by a hundred. Interestingly, in the census of 2011, out of 2,727 people who identified themselves as Muslims, 400 claimed to be ethnic Lithuanians. It is even more intriguing that in England and Wales, in the census of the same year, 600 migrants from Lithuania declared Islam as their religion. This is the third largest number of Muslim emigrants from Eastern Europe. The researcher concludes that not only Lithuanians but also Muslims flee Lithuania: “The capital of Lithuanian converts to Islam is the great London.”

In Lithuania, Islam is recognized as one of the nine traditional religions. According to Egdūnas Račius, Tartars who practice Suni Islam may soon become a rarity, and the Lithuanians who have converted to Salafism may outnumber them. Their Islamic practices and perception of sharia are very different from those of Tartars. For example, women who are believers of this form of Islam have nothing against being the second or third wife of their husband. According to the professor, being citizens of Lithuania, they may start claiming their rights in the future, and this may pose some challenges.

Tartars are too well integrated

“Historically, in Eastern Europe legalistic Islam dominated only formally, but in fact, these were folk Islamic forms. For example, in Lithuania, Tartars would probably say that they have always been representatives of the Hanafi legal tradition, had no judges or muftis and, in general, no religious leaders. In this sense, the Islam practiced in Lithuania was the Tartar folk Islam, which was of the same nature, but in its forms, definitely differed from, say, Bulgarian Muslims,” said Račius at the discussion.

“The Muslims living in Lithuania got well integrated and, for their misfortune, even assimilated, so they do not bring any public security or other problems. On the contrary, they are faced with problems because of the expression of Islam in Europe. And they have to justify themselves for what they are not related to,” said another participant of the event, a Ph.D. student of political philosophy at Vilnius University and political scientist Vytautas Sinica, who writes in public space about the problems of the integration of Muslims in Europe.

According to him, the Tatars, who have been living in Lithuania for more than six centuries, have perfectly integrated here for three reasons: the nature of Islam (folk Islam is flexible enough to get culturally integrated), small communities (numerous populations resist assimilation), and the society that they needed to get adapted to. “The exact opposite is today’s Europe, accepting a huge number of migrants, who were hardly integrating before the last wave of migration,” noted Vytautas Sinica.

According to him, the European countries should and probably will accept the idea of ​​integrating Muslims instead of letting them develop parallel communities and will accept as many immigrants as they are capable to integrate: “This approach cannot be called Islamophobia if the latter term is understood as an unreasonable fear. From this point of view, fear of Islam is not ungrounded.”

Birutė Sabatauskaitė, Director of the Lithuanian Centre for Human Rights, also emphasized that fear of terrorism or political criticism of Muslim countries is not Islamophobia. “Islamophobia is defined as a stand against Muslims and Islam in general. Compared to other countries, Islamophobia in Lithuania is not necessarily reasoned by our relations with Muslims,” said the human rights expert, who has been reporting on Islamophobia in Lithuania in recent years. “Often, those who fear, hate, despise and humiliate Muslims do not know any Muslim in person.” This attitude is usually formed by the media or politicians.

The public opinion polls conducted by the Ethnic Studies Institute in 2016 and 2017 show that Lithuanians’ opinion of Muslims has recently worsened. More than 40% of people would not want to live in the same neighbourhood with believers of Islam or rent them housing. According to the expert, male Muslims even go to meet potential tenants without their wives, so that the flat owners do not get scared by the hijab on the head. In the meantime, the Lithuanian Muslim community is already tired of explaining to the media after every Islamist terrorist attack in the West that they do not support it and condemn violence.

According to B. Sabatauskaitė, although the attitudes expressed by the Lithuanian media are sometimes on the verge of hatred and negatively affect the identification of Muslims with our community, believers of Islam in Lithuania generally claim that they do not feel threats in public space, at work or in institutions. For example, it is possible to arrange with employers the time and space for their prayer.

In recent years, Europe has been horrifically attacked by Islamic organizations and individuals that are affiliated to them or support them. According to Egdūnas Račius, the so-called revivalist Islam, which sometimes acquires radical forms, is a reaction to the colonialization of Muslim countries in the 19th century: “What did Europeans do in the 19th century? They woke the Muslims. What we see now is a reaction that evolved over a long period of time. Islamism is no more than a reaction to the civilizational programs carried out during colonial times. “

As the political scientist Vytautas Sinica argued, the Islam of the countries from which most migrants arrive in Europe makes integration difficult. According to the Eurostat data of 2016, immigrants in Europe mainly come from Syria, Afghanistan, Iraq, Pakistan and Nigeria. Research shows that in all countries but Syria, the majority of people agree that sharia should be the official law of their state. “Of course, it does not lead directly to terrorism, but it explains why there is an increase in the number of public safety problems, incidents, sexual crimes and no-go areas where the state is failing to ensure public order and the rule of law. These are people who view secular Europe with contempt and do not see enough reasons to get integrated, and the host countries have no means and, in fact, no wish to ensure integration,” he said.

The concept of the implementation of sharia, according to Professor Račius, is obscure. In the broadest sense, sharia (the researcher proposes to use this term without the Slavic suffix) is an ethical framework by following which his/her entire life, a Muslim can expect salvation after death. It is unclear though what this means in practice: giving a foot or turning another cheek. “There are very few things in the script that contradict each other, but historically the absolute majority of Muslims have been confused,” he noted. For example, in one place of the Qur’an it is said that Christians should not be trusted, and in another place, Christians are said to be closest non-Muslims and thus can be trusted.

Religious Christians and Muslims have a lot in common

“Whatever the case, we must agree that political religiously motivated violence is usually carried out in the name of Islam,” said Račius, asked whether, instead of talking about radicalization of Islam, we should speak of Islamisation of radicalism. According to him, the immense fragmentation of Islam has further increased with the advancement of information technology. In the past, when an issue arose, Muslims in some Afghan village would go for an explanation to the mula, and now they browse the internet, look for fatvas that meet their needs and find them.

It is true that while some Europeans fear terrorism, which is often related to the growing number of Muslims, others are pleased with the rise of this religious community. “A lot of European Christian communities are pleased with the emergence of religious Muslims because they can mobilize their forces,” said Račius. For example, the Canterbury Archbishop supported the idea that Muslims should have their representatives in the House of Lords, as Anglicans feel marginalized there. In Germany, Christians support the emergence of new mosques since people expect that this will lead to a shared environment. According to the professor, religious believers look at moral and ethical issues in similar ways, especially family-related issues: “I assume that religious Muslims have a lot in common with religious Christians.”