Milda Ališauskienė/ “Traditional values”, religion and sexual orientation in modern Lithuania: Can they be reconciled? 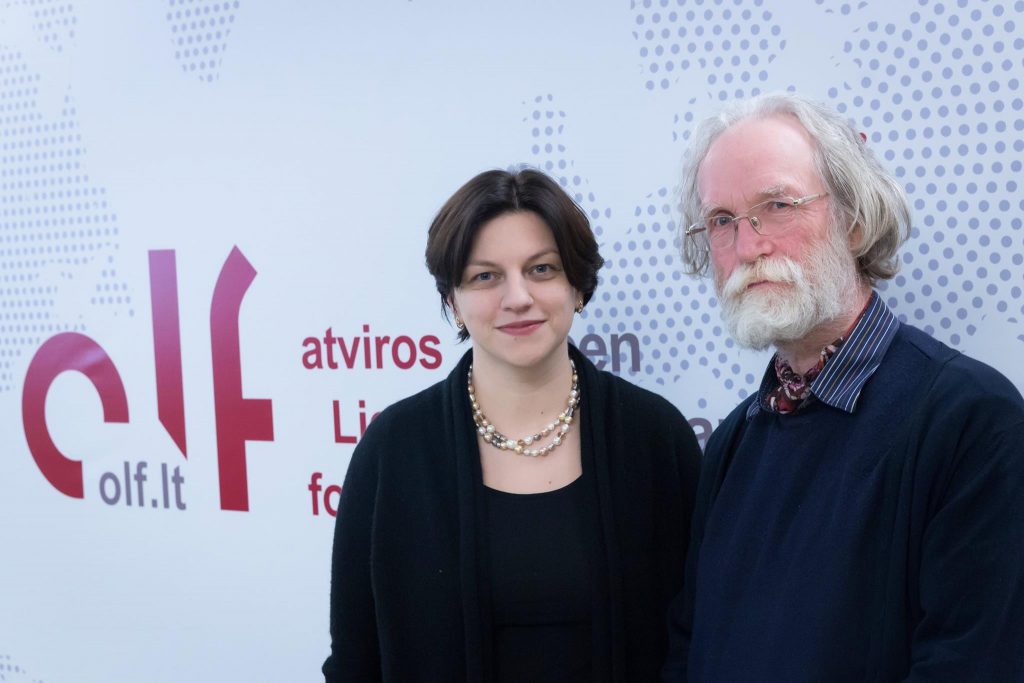 In James Martin’s 2017 book Building a Bridge: How the Catholic Church and the LGBT Community can enter into a Relationship of Respect, Compassion, and Sensitivity in 2017, the Jesuit priest shares his memories of the terrorist attack that took place in a gay club in Orlando, Florida in 2016, killing 49 people. As millions of Americans mourned these people’s deaths, the author recalls, the leadership of the American Catholic church kept quiet about the tragedy, offering no condolences to families of the deceased. In search of the reasons behind this attitude, James Martin looks into the complicated relationship between the Catholic Church and the LGBT* community, an issue on which different interpretations of the Bible take different positions. This rift between the church and LGBT* people, says Martin, must be overcome with respect, sensitivity and compassion. The book was warmly received by some US Catholic priests, who were glad to see the painful issue of LGBT* people’s place in the church finally touched upon.

Discussion in the public sphere about LGBT* people’s relationship with religion, and especially with the predominant Lithuanian Catholic Church, is still scarce. There have been admonitions from spiritual leaders about LGBT* people’s “lifestyle” and its incompatibility with Christian values. There have been statements made on the necessity of strengthening “traditional” family values, and political measures implemented. But there was also objection over the church’s influence when Lithuanian Parliament and the government discussed proposals for same-sex partnership laws. It’s safe to say that dialogue between two sides simply isn’t happening, with positions more often being stated and set in stone. In 2015, the European Network on Religion and Belief held its first public discussion in Vilnius, during which they raised the question of “traditional values” and their relationship with religion and LGBT* people’s rights. This discussion opened up a space for questions about LGBT* people’s relationship with religion, whether or not they can be religious, their relationship with the dominating Roman Catholic Church, and whether LGBT* people feel excluded from their religious community.

In the two years since, integration of the LGBT* community in society, or, to be more precise, society’s familiarity with the LGBT* community, has progressed. On June 18th, 2016, the third Baltic Pride march held in Vilnius took place, facing less resistance than ever before. In 2017, director Romas Zabarauskas and photographer Arcana Femina published the book Lithuania Comes Out: 99 LGBT+ Stories, creating another opportunity for broader society to get to know the LGBT* community. Reading this compilation of LGBT* people’s personal histories, we get some sense of their view of religion, the fear they experienced and their options upon realizing they were “different” in religious families, and how the relationship between the Catholic Church and the state influences conditions for LGBT* people in the country. Also notable in the conversation between the LGBT* community and broader society was the May 2017 attempt by Parliament members Aušrinė Armonaitė and Viktorija Čmilytė-Nielsen to legalize same-sex partnerships.

While this initiative was unsuccessful, it returned the question of same-sex partnership to the political work table, as well as to the public sphere. Judging from the events of the last few years, one could say that the existence of LGBT* people has become more visible within public life, and accordingly, more familiar. Therefore, the follow-up discussion about religion and sexual orientation took place in a slightly changed social context, not only from the field of non-discrimination on the grounds of sexual orientation, but, as it turned out, also from religious communities, as a group of LGBT* people’s parents, headed by parish priest Evaldas Berulis of the Franciscan Order, has since been assembled by the Bernardine parish of Vilnius.

The second discussion about religion, “traditional values” and LGBT* human rights in modern-day Lithuania took place on November 29th, 2017 in the Open Lithuania Foundation’s headquarters. The discussion was opened by European Network on Religion and Belief director Alan Murray, who spoke on “traditional values” and the relationship between LGBT* rights and Evangelical beliefs, asserting that there is no theological justification for LGBT* people’s exclusion from Christian churches. Political calls for the protection of “traditional values” on supposedly religious grounds by church representatives and those who consider themselves Christians, Murray believes, rather reflect the wishes of a part of society holding especially conservative attitudes and moral values.

Dr. Liutauras Gudžinskas of Vilnius University was next to share his insight about religious discourse on the topic of same-sex partnership in Lithuania. As he sees it, Christians – including the Roman Catholic, Evangelical and Orthodox churches – shape religious discourse in the public sphere in Lithuania, presenting same-sex partnership as at odds with the “traditional” meaning of family based on marriage. As a discussion point, he recalled the three churches’ commune for protection of family values in 2011. According to Gudžinskas, in this document, as well as later press releases, one can find not only theological and educational claims of why same-sex partnership is one of the most serious threats to the country and people, but also an emerging geopolitical narrative critical of European integration itself. Gudžinskas explained the churches’ dissatisfaction with Western political and cultural processes as a sort of discomfort with changes in modern social hierarchy: as the religious community’s role weakens, the rights of people with marginalized sexual orientations and gender identities become more respected. The spread of attitudes such as those promoted in the churches’ publications could potentially be contributing to the propagation of Euroskepticism in Lithuanian society.

Seeking information about LGBT* people’s faith and relationship with the predominant religious community of Lithuania, questions raised during the first discussion, the Sociology department of Vytautas Magnus University carried out a survey of members of the LGBT* community, receiving 266 responses. Results suggested that about a third of respondents considered themselves religious, with Catholics representing most of this third. Half of survey respondents were former Catholics, leaving about a fifth of respondents who did not identify with this church. These survey results open up conversation about LGBT* people’s religious choices and relationships with their religious community. In a 2015 article by Polish sociologist Dorota Hall, it was asserted that LGBT* Christians often have to choose between staying in the church and hiding their sexual orientation, or leaving the church, henceforth either giving up their opportunity to participate in the community, or joining another community. This study of Lithuanian LGBT* people showed that a portion of respondents remained members of their church, while others left their church and did not become members of another religious community. The survey showed no evidence that respondents switched religious communities.

The majority of participants describing themselves as religious in the survey considered themselves liberal Catholics. About a sixth of respondents stated that they had religious friends, while the majority of respondents said that their friends were non-religious. About a sixth of respondents felt that the Catholic Church should be involved in public life in Lithuania, though the majority disagreed. Most respondents supported expressions of what religious sociologists call contemporary spirituality, including phenomena such as rejection of religious authority, recognition of religious diversity and openness to a variety of religions’ practices, such as meditation and yoga. The purpose of the study was to investigate expressions of religion within the LGBT* community and this community’s relationship with their religious community. Its results suggest that a portion, perhaps a third, of the LGBT* community who participated in the survey considered religion and their relationship with their religious community a relevant part of their lives.

Judging from presentation topics and audience questions raised during the discussion, it is clear that incompatibilities frequently come up in the public sphere in Lithuania, and sometimes this animosity between religious communities – particularly the Catholic Church – and LGBT* people are a consequence of long-held prejudices and stereotypes. This mutual distrust and sometimes combative atmosphere can undermine respect for human rights and freedoms such as religious freedom and non-discrimination on the grounds of gender identity and/or sexual orientation, as well as preventing progressive discourse and efforts to educate particular social groups and broader society about human rights. The discussion was just one more step toward open dialogue between the religious (particularly Catholic) and LGBT* communities, but in a Lithuanian society constantly shifting and facing new challenges, it undoubtedly will not be the last.

This article is produced and published under the framework of the NEDF Institutional Development Project No. (2017) NOBR-135, supported by the Ministry of Social Security and Labor of the Republic of Lithuania. Photo by Martynas Ambrazas